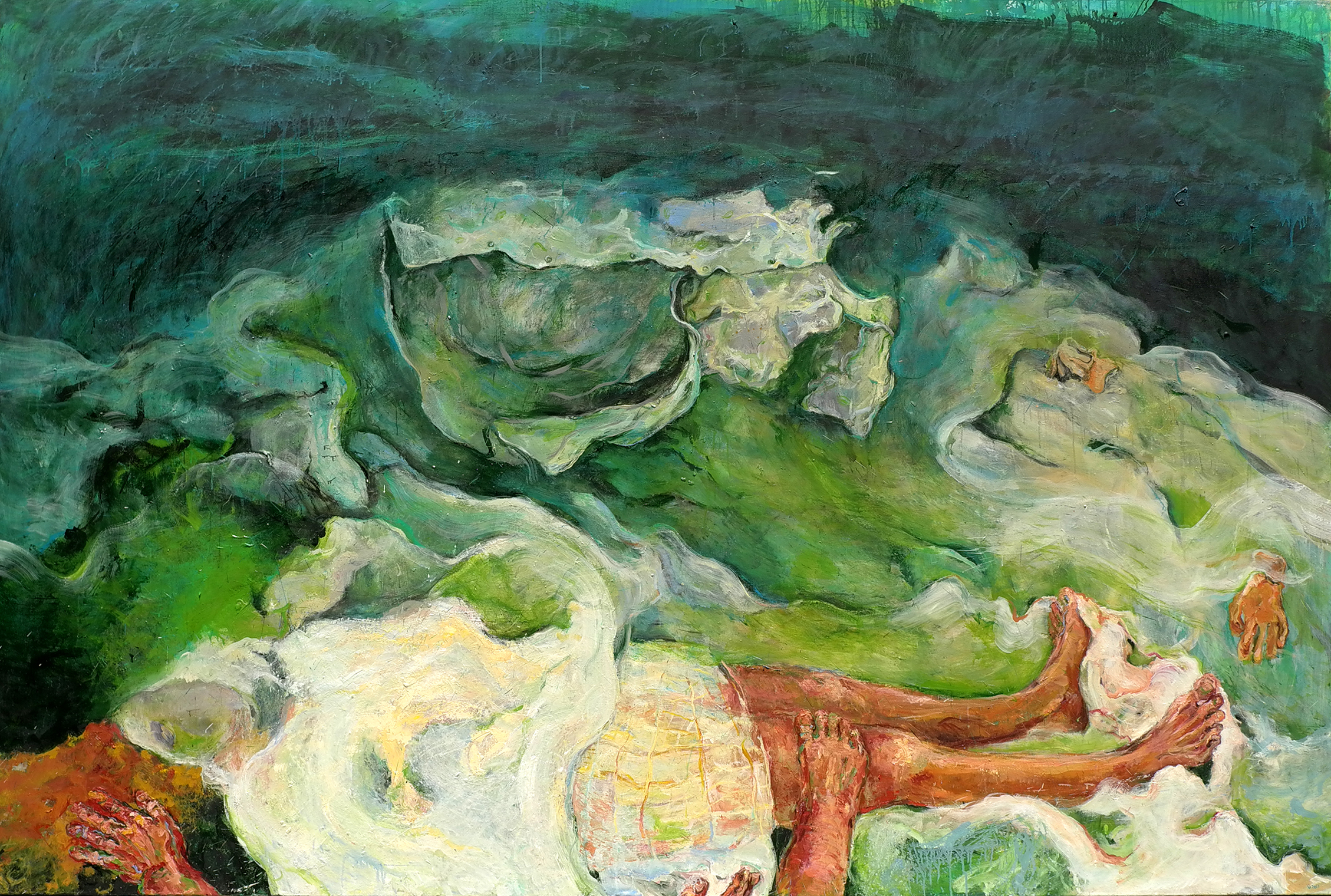 Nightgown II from 2013, its origin dates back to 2010. This is a project I curated at the International City in Paris, when I invited the public to place their fingerprints on the canvas whilst repeating this phrase: “choose your green!”. I prepared various shades of the color green, which made it possible for the viewer to select their desired tone thus making them become the actor. The initial project was a tribute to the Cité Internationale (CIUP), articulated around a strong concept of expression of the unity and spirit of the city, from the diversity of its inhabitants. I then realized these tribulations as a collective work involving several arts. I proceeded to take the canvas back to my workshop and the footprints were covered by the presence of the figure in the Nightgown II.